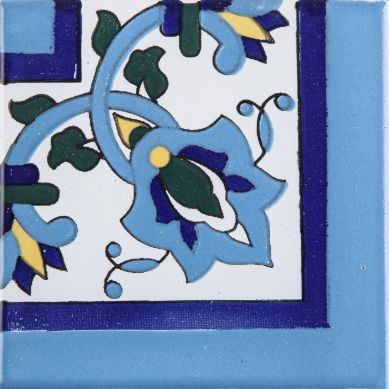 The ceramic wall tiles are produced in the heart of ceramics in Nabeul. They are characterised by expressive colours and Arabic patterns. The tiles are glazed which prevents them from scratching and staining. 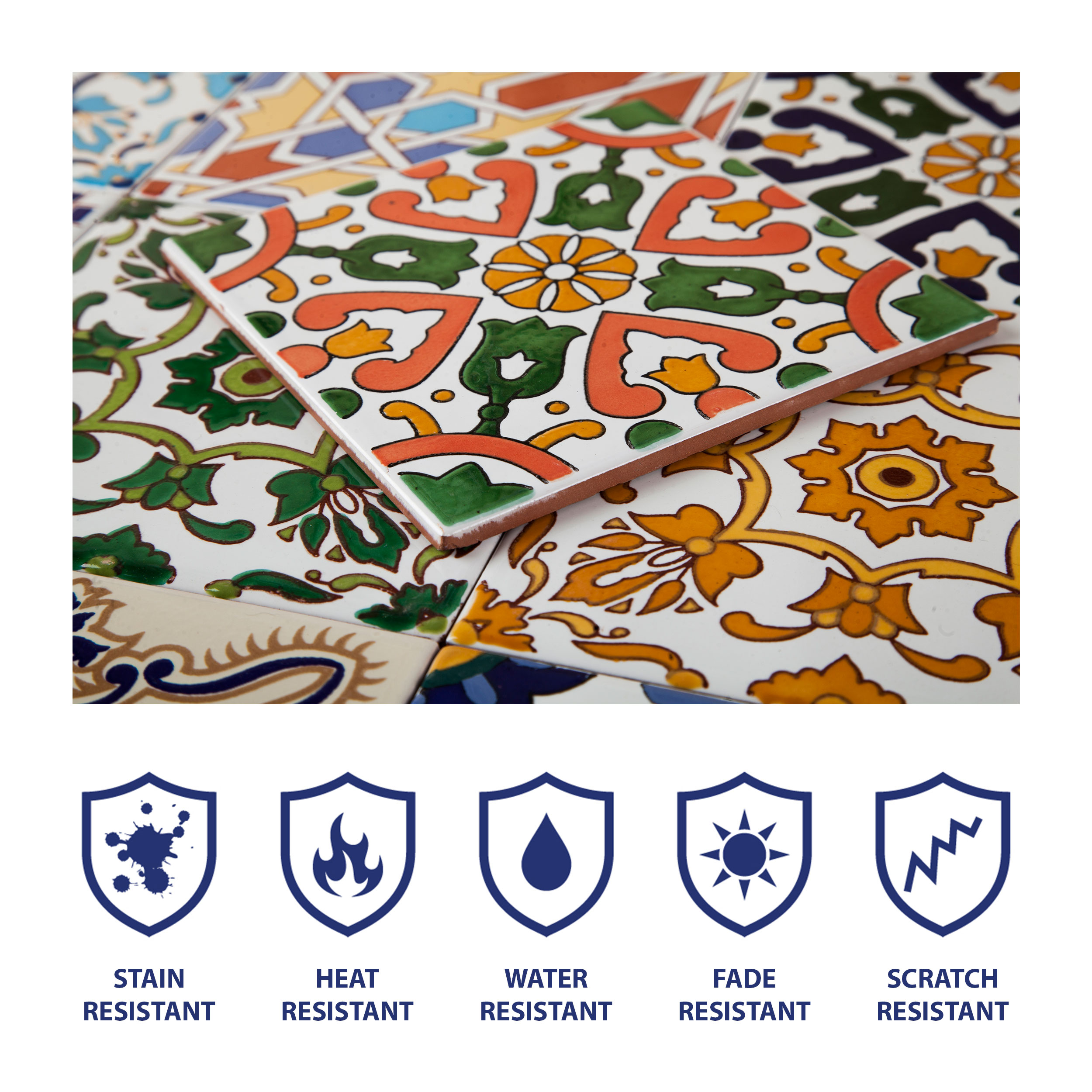 Tiles produced in the Arabian ceramics capital, the Tunisian port of Nabeul, in dimensions 10 x 10 cm. The tiles are characterised by an oriental, generally symmetrical, original pattern. Tiles in colours symbolising the multiculturalism of the area, shades of orient, blue, green, yellow, orange and black.

A brief historical sketch characterising the current production of ceramics in Tunisia.

It is assumed that the Sumerians were the precursors in the production of simple ceramic designs. It is worth mentioning that this people, as for those times, quickly developed industry and trade, as one of the few used the cuneiform script. A later society with a great cultural impact on the regions of northern Tunisia, were the Kannanaeans, better known as the Phoenicians. After the establishment of Carthage in what is now Tunisia, the port of Nabuel, the proverbial window to the world, became the cradle of sophisticated ceramic forms and designs. None other than the artists of Carthage were the first to invent mosaics, the precursor of patchwork patterns. After the Roman conquest of Carthage, and later the invasion of the Vandals, other peoples marked ceramics with patterns close to their religion and culture. Today, the patterns applied to tiles are a kaleidoscope relating to the faith and creation of many ethnic groups.

If you are on this page and wondering about choosing Tunisian tiles, the question seems rhetorical. One often comes across the statement: unique tiles for unique people. It is true. The tiles produced at Nabuel are a combination of tradition and new demands for quality and precision. The production method makes it possible to obtain homogeneous tiles, which greatly facilitates the laying of the tiles on the designated surface. The method of applying patterns to the tiles is serigraphy, a precursor to screen printing. By applying the colours by hand on the patterns, the workers provide a unique aesthetic experience. The patterns on the tiles harmonise with each other and allow the ceramics to be almost artistically placed on the chosen surface. The tiles are fired after glazing, which preserves the durability of the tiles.

The harmony of patterns on Tunisian tiles, allows you to place them in any interior that is important to you. Tiles are perfect for whole walls in bathrooms, kitchens, placed for example in a library, they will create a unique atmosphere.

We encourage you to create your own pattern from the tiles available in our offer.

8 other products in the same category:

2,70 € in stock | Shipping in 24h
We give cookies to anyone who visits our website! By using this website you agree to their use in accordance with current browser settings. Close More information